Perspectives from the coastal communities: considering livelihoods and dangers to marine life 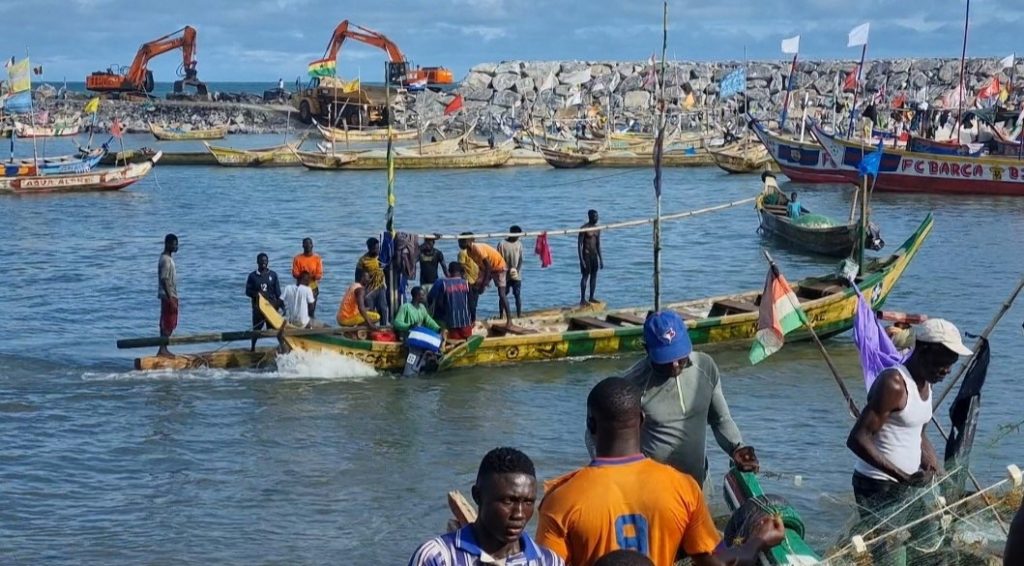 For a considerable length of time, Ghana has been caught in a vicious cycle of one fisheries crisis to another and to another. The country is facing widespread unregulated and even illegal fishing in her waters; a situation that has aggravated the already dire economic straits of these coastal communities.

Earlier this year, the government through the Ministry of Fisheries and Aquaculture Development, in a bid to maintain some semblance of control over the situation, placed a ban on fishing from July 1 to July 31 and July 1 to August 31 2021 for artisanal and industrial fishers respectively. According to a report on the Coastal Resources Centre, a major rationale for the ban was so that the fish will be able to go through a biological rest period called the ‘Spawning Period’, where fish eggs are able to naturally hatch into baby fish and then adult fish. According to the Fisheries Minister, the over-exploitation of fishery resources and other abhorrent fishing practices necessitated the ban, so that the almost depleted fish stock in our waters could be replaced by new fish through the Spawning Period.

The culmination of this troubling series of events was the ban and the government’s ‘offer’ to support the affected fisher folk with some palliative packages including outboard motors and even money in the form of insurance from a percentage accrued from subsidized premix fuel, so they could survive the ban period with no incident. But did they? Did the government keep its word? A public finance watchdog organization, BudgIt Ghana, whose aim is to make government accountable and transparent to the people, set off on a community engagement project to one of the coastal areas, Landing Beach in the Central Region of Ghana to vivify all the claims and facts regarding the fisheries saga. 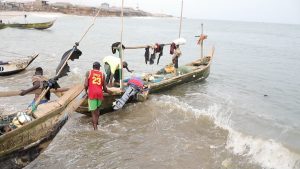 Per the testimonies of the fisher folk in Landing Beach in Cape Coast, only a few received the promised outboard motors.With little to no authorized fishing equipment, livelihoods are deeply affected in these coastal communities, with survival being the topmost priority.

Where there are prosecutorial weaknesses vivified by the impunity with which the fishermen break the law, there is no hope for an end to this crisis. Where the government’s response to such a crisis is lukewarm with a sense of ‘incomplétude’, the problem thrives. Where the solution appears narrow and one-sided with the sole purpose of halting or confronting the fishers head-on, with no co-cooperativeness or collaboration from the fishers will only set their teeth on edge and make them more defiant. It is alleged that many government officials have stakes in these illegal fishing activities and so any attempt at promulgating stricter regulation would just induce political backlash. In a recent report by MyNewsGh.com, some residents and leading members of the ruling New Patriotic Party (NPP) exchanged more than words over an alleged diversion of Premix fuel. The aggrieved residents revealed that the seven-member committee led by NPP Coordinator Bernard Baiden, were selling the Premix fuel to chainsaw operators in the area at a higher price, whilst the fisher folk who needed the commodity the most were denied. It is this kind of revelation that flares the recalcitrance of the fisher folk, in breaking fishing laws as they have come to accept that corruption and wrongdoing is the new normal. 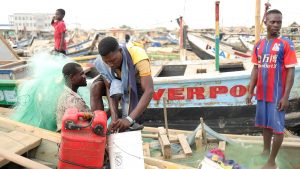 All of the challenges coloring this saga have a political hue and it is ultimately this that has the entire country at an impasse. Addressing them would require a ‘tough as nails’ political will and capacity to challenge the invisible hands benefitting from the current situation, as well as an inclusive arbitrary and realistic approach to bringing the fishermen on board the legal fishing boat, while all the more creating avenues to better the lives of the country’s fisher folk. That is the way and the only hope out of this enviro-political nightmare.

BudgIT Ghana is working to track budgetary allocations for such government interventions to present the collected data to affected communities in the form of stakeholder engagements. It is the fundamental right of the citizenry to be apprised of all financial developments and engagements in the country, and it is the only way to put a gag on the galloping rate of corruption. Enlightenment eradicates darkness.