Political Accountability and Responsibility in Ghana

But whose responsibility is it to hold the government accountable? Every stakeholder, including voters, the media, and political parties, plays an important role in holding leaders accountable by examining, questioning, and criticizing government performance. Though some Ghanaians believe that when voted into power, it is the responsibility of voters to ensure the president and his local councilors and MPs do their jobs, others staunchly believe the President plays an important role in making sure his MPs do their jobs. Likewise, the Parliament and the local council must make sure their Assemblymen and women also do their jobs. 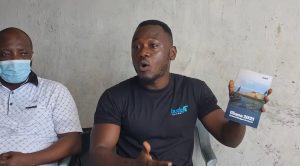 An important way citizens can hold their leaders accountable is through regular contact and engagement with their authorities. Unfortunately, evidence suggests that most Ghanaians do not have consistent contact with their leaders. BudgIT Ghana intends to shed light on the reasons for Ghanaian attitudes toward political accountability, and assess the ordinary citizens’ role in democracy.
Perhaps a reason for this attitude could be a lack of access to information. A citizenry that is not educated on political procedures or informed about government performances is a big threat to young democracies because citizens do not know the appropriate means to participate and might not be able to hold leaders accountable for their actions.

Though the Ghanaian local tends to ascribe the responsibility of demanding accountability in government to the media and party in opposition, in recent times, studies have shown that millennial Ghanaian Youth are becoming keener to take interest in how the government manages the country. This has been made evident by recent protests including the #OccupyGhana and #FixTheCountry group of independent, non-political protestors who are calling for economic reform in the country. There are also citizens who think their government representatives are corrupt and hence have cynical attitudes towards the state. This might undermine the quality of democracy because many citizens are disengaging from participating in politics and are becoming more politically apathetic.

What are the factors influencing the level of citizens’ demand for accountability from their leaders?

According to the Afrobarometer survey – a comparative series of surveys with a goal to produce scientifically reliable data on public opinion in Africa, social factors like gender, education, and age have a direct influence as to why people would or wouldn’t demand accountability. The survey found out that men tend to demand more accountability from public office holders than women. And that education also bestows on citizens a mind that is very critical in examining issues and asking questions, hence as the level of education increases, demand for accountability will increase too.

The survey also stated that the demand for accountability by Ghanaians rises as they grow in age. The plausible reason for this finding is the fact that people become more responsible as they grow up. They start working and start raising families, their roles automatically make them contributors to the country as well as consumers of public services. They’re therefore compelled to take interest in how the government manages the country

What is the role of a Minister? And who holds him/her accountable? 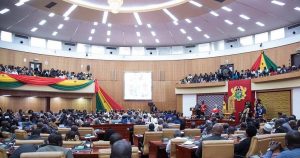 1. Initiate and formulate policies, taking into account the needs and aspirations of the people.
2. Undertake development planning projects in consultation with the National Development Planning Commission.
3. Co-ordinate, monitor, and evaluate the efficiency and effectiveness of their respective sector’s performance.

It is the Regional Minister’s mandate to:

1. Oversee the administration of their respective regions in Ghana.
2. Organize stakeholder conferences with members who can work together with one vision, regardless of how opposing their political party affiliations may be.
3. Draft laws, regulations, and policy plans concerning their regional jurisdictions.

Citizens may demand accountability in Ghana’s Government, however, this demand isn’t the positive force that it could be. The responsibilities of those accountable are often not clearly defined and those to whom the accountable ones answer often lack the information needed to understand how well these responsibilities are being discharged.

The Media’s Role in Government accountability

The media is also considered by most Ghanaians as a key watchdog institution. According to the Afrobarometer Survey, a solid majority of Ghanaians strongly agree that the news media should constantly investigate and report on government performance, mistakes and corruption. This does more good than harm for any country. They should have the right to publish relevant views and findings without government control. As active citizens of a democracy, Ghanaians have the responsibility to hold their leaders to account as well as help improve the mechanisms by which we can hold our leaders accountable.

As the national literacy rate improves, citizens will become more aware of their rights, and more and more will ask public officials to account for their stewardship. Thus, there is the need for comprehensive civic education at all levels to encourage effective citizens’ participation in the democratic process.

Previous Post
Going Forward, Looking Beyond: A Reflection on BudgIT’s Expansion In Ghana
Next Post
Covid-19 Diaries: Assessing the Impact and Government response on the Jamestown Community
Menu